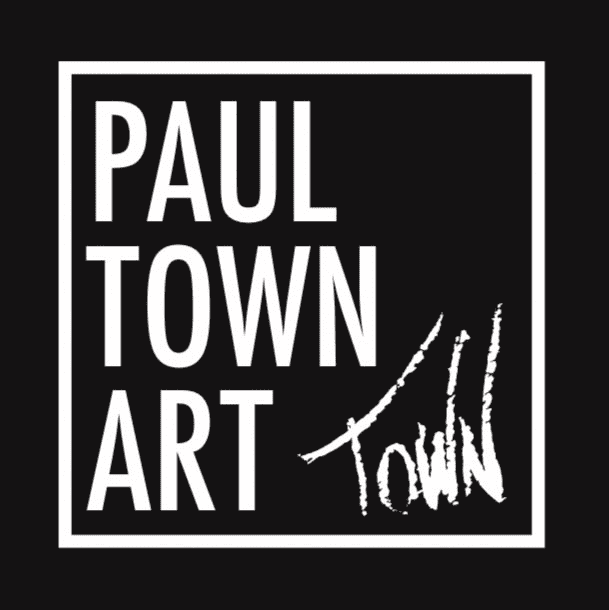 On completing his studies in Building and Construction, which complimented his love for design and architecture, Paul subsequently built a highly successful business managing special and complex building projects. He led these significant projects from concept to final installation, gaining an outstanding reputation for the highest standards of quality and customer service. This superb grounding allowed him to move into education, providing the opportunity to share his talents, skills and passion for building with young people. During this period Paul attained professional qualifications in building and construction and he is a qualified teacher.

Although he thoroughly enjoyed this time, his strong interest developed as a child in art and the history of sporting venues came together, and purely for relaxation he sketched and painted football stadiums. Within weeks his first piece of artwork was sold, albeit this was neither his intention nor reason for painting. A series of commissions followed, which eventually meant combining his work in education with painting became unrealistic.

Paul made the decision to become a professional artist; his portfolio of clients and the breadth of his work are extensive and impressive. He is already renowned for painting football, cricket and rugby stadiums by utilising his extensive knowledge of stadium design, architecture and history. Over the last few years he’s produced a stunning range of work to include truly emotional scenes from the First World War, street scenes from the 50s onwards and a look back to the industrial revolution. His work has been shown in a number of journals and publications and more recently his work was showcased in books on the histories of Everton, Sheffield United and Bradford City.

Paul works with clients within the UK and overseas, where each commission is both personally important and unique to the client. What matters most to Paul is that he captures the memories, emotions and echoes from the past. For Paul it’s not painting, it’s personal, which is why great care is taken from agreeing the brief to the presentation of the finished artwork. This is typified by feedback from a client who said "I commissioned Paul to paint a stadium for my husband's birthday, to remind him of the hours he’d spent watching his team with his father. When he opened his gift he was speechless, and whilst wiping the tears away he said 'that’s just how it was back in the day-magical' thank you so much’’ .This is the essence of Paul work.

Paul is a product of his background, environment and education. His experience of surviving with his dad the tragic fire at Valley Parade in Bradford where 56 people lost their lives and many more were injured and scarred for life arrives subtly within his work. Paul’s personal dedication to those who died is in every painting he completes, with the number ‘56’ hidden somewhere for people to find- their memory lives on.

Paul's work has found a global audience, and in addition to this his portraits now adorn various novel and sport history book covers. Alongside this Paul has recently been commissioned to paint the Hampden Park Trilogy by the Queens Park Football Club, which culminated in a fantastic exhibition at the Scottish National stadium in December 2019. Paul says " my work seems to be really popular north of the border, with commissions coming direct from his hometown club Bradford City, alongside Exeter City Heart of Midlothian. Dunfermline Athletic, Raith Rovers and Queens Park Football clubs. He has also had his works placed within the time capsule buried underneath the new stand at St James Park Exeter. He has recently been commissioned to paint personal portraits for Ex Great Britain Rugby League player and Coach Brian Noble, alongside CEO’s Ryan Sparks (Bradford City) and David Cook (Dunfermline Athletic)

Alongside this Paul has many private clients across the globe from USA to Australia and of course closer to home on the European Continent. The expressive personal style of his work is rapidly gaining a huge reputation for being known as the 'The Man Who Paints Football’